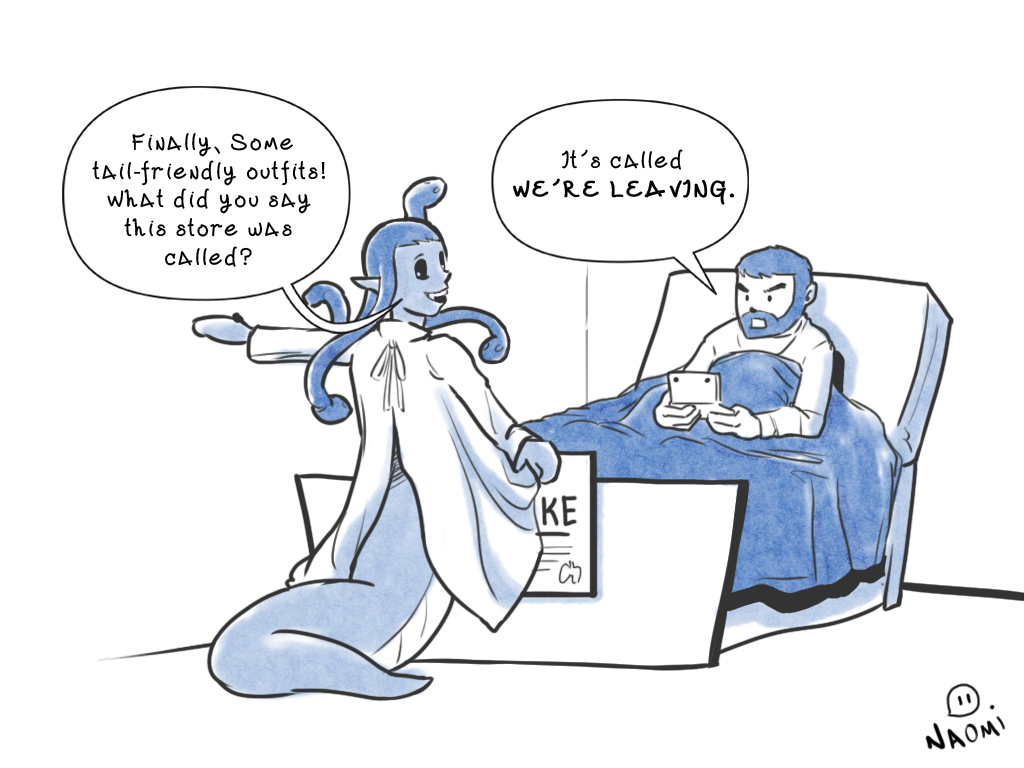 – Here’s some cool art from my friend and studio mate Naomi Rubin. Thanks!

– I’m out of the hospital and home. I’l be spending the weekend recovering, setting up my new insurance and meeting my new doctor. Thanks everyone for all the support. I appreciate it so much. This was hard, and you guys really helped!

– For those of you interested in role playing games, my new game TOKYO BRAIN POP is now available as part of the Super Asian Bundle Blast! Let me explain all that! Tokyo brain Pop isn’t actually a new game, but the new name for my psychic schoolgirl game Panty Explosion Perfect. The game is the same (except for a new cover), but the name is new because not everyone liked the old name.

The Super Asian Bundle Blast is a collection of anime and manga inspired games, including Maid, Motobushido, Magicians, Mecha, Clover, Golden Sky Stories, Kuro and more. As a bundle it’s over $115 of games (as pdf files) for a pay what you want price (with a minimum of about $15 to get all the games). So it;s an amazing deal. Part of the money goes to The American red Cross, but part also goes to me. And after my recent hospital stay I could use the money!

So please check it out! If you like role playing games this is an amazing collection. You can also give the bundle as a gift!