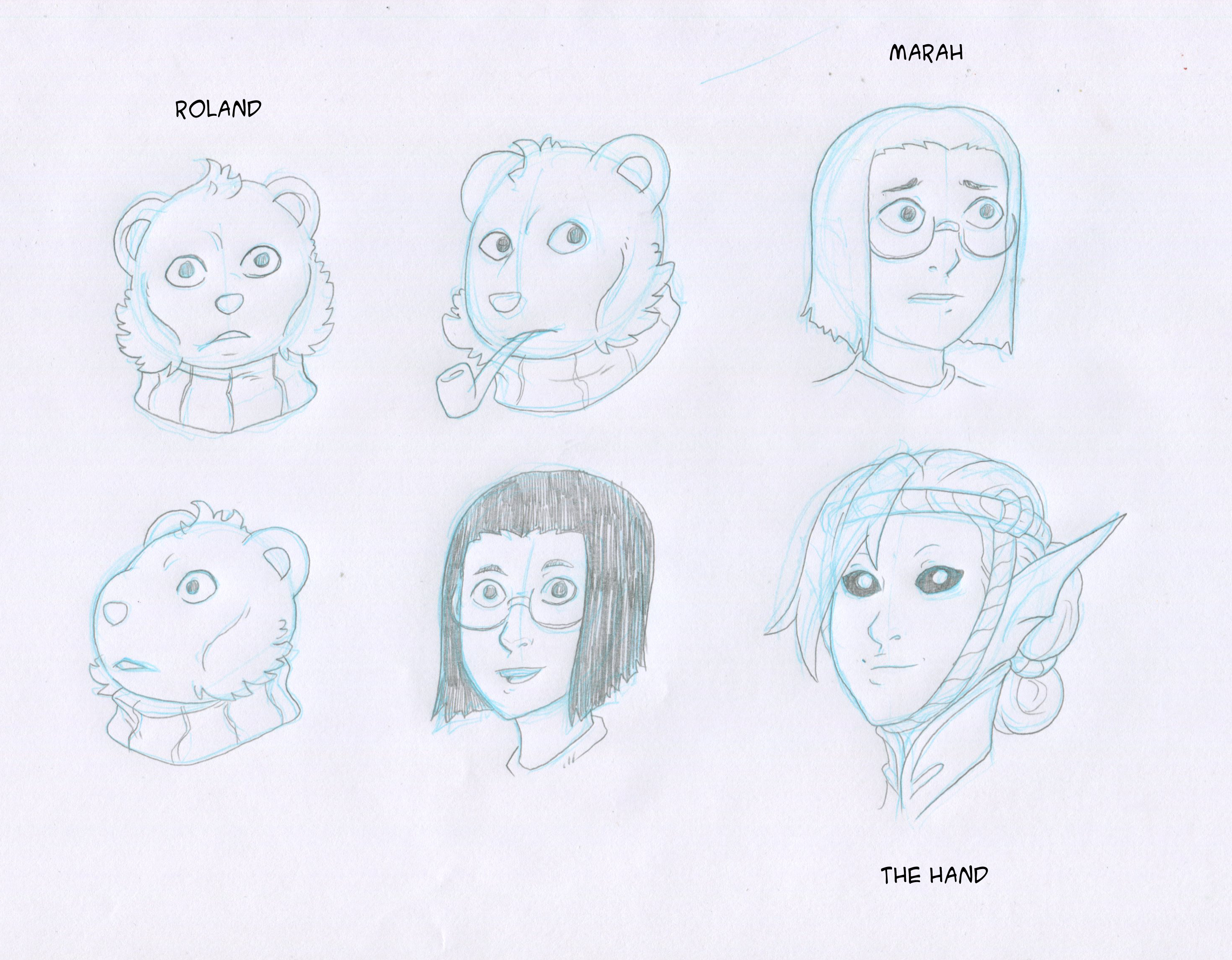 A little more in-between-season filler! Before each season I usually do a set of sketches to work out what the characters look like. For season 7 I was already pretty comfortable with the Pirates, but it had been awhile since I drew Marah.

Roland was the only one of the main Pirates that I had only drawn once or twice (he first appear in this season 2 strip). He’s a little older than the rest, and I wanted him to look district from the rest, while still maintaining the standard “Pi-Rat” look. They really do all look the same. The Pirates have changed their look a lot over the years, but I’ve always tried to keep them very cartoony. They’re meant to be more like Looney Tunes characters, and I like to be able to do weird things with them. But this also means that sometimes they just look weird, and I’ve never really nailed down comfortable ways to draw them at some angles. Look at the sketches above. Are their eyes on the side of their heads, or on the front? What’s going on???

Marah’s look changed a little this season, both based on how she’ll look in the future (as we saw in season 6) and how I draw the kids in the Yeld game. I originally planned to have her wear her glasses all season, but I cut the idea at the last minute. I really don’t like the way I draw glasses, so doing a full season of glasses just didn’t sound fun.

I included a sketch of the Hand of Autumn too. I wanted to show what the harness she wears on her head looks like, since I planned to have her not wear her hat instead have her hair down. It was meant to keep her weird hat on and her hair tied up, but none of the other Mermaids in the raiding party seemed to wear the same harness, so who knows? Incidentally, the version of the Hand we see in this season is just a hologram. She’s hiding out somewhere else in the tower. I cut a strip toward the end of the season where Marah is leaving the tower and stops to talk to the Hand again, and finds out she’s communicating through a hologram. It was sort of neat, but I didn’t want the season to stretch on. I may include it as a bonus strip in the eventual book.

I’ll be back on Friday for the first strip of a short epilogue story.