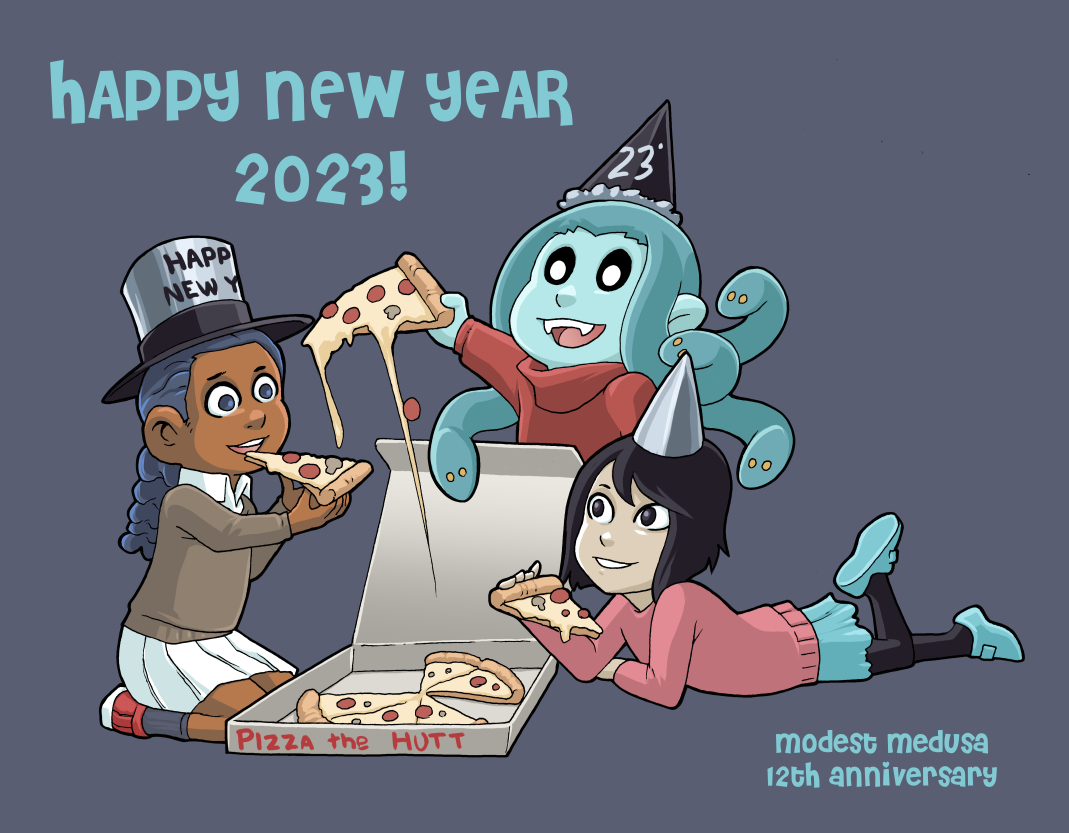 New Year is always a strange holiday for me. Its the anniversary of the day I started this comic, after a long weekend at a bad con and a flooded bathroom. So each year as I look forward to the new year and try to make plans and resolutions I’m reminded of  the past. 12 years of Modest Medusa is a long time. I’m amazed that some of you have been here that long (I’m amazed that I have).

I’m hoping this year will be a good year. I’m hoping that I can do more with Modest Medusa (and my other comics) that I’ve been wanting to do. I’m looking forward to finishing this season and moving on to the next, which is a big story I’m eager to tell. I feel like I could probably do Modest medusa stories forever, but there’s only a few big ones left. We’re definitely in the last 3rd of the series now. Of course, I’m not sure if Modest Medusa really has an “end”. Rather, I think there will be an ending… followed by whatever other MM stories I feel like doing after that.

Anyway, that all in the future. Lets wrap up this season first!