– Hey, strip 1200! After finishing this I decided I needed to add the caption stating that Halloween Cat is a giant inflatable holiday decoration, since it just looked like there was a giant monster living in the neighborhood that Jake wasn’t very worried about.

– The Modest Medusa Season 5 Kickstarter is in it’s last 10 days. We’re close to 75% funded and i just announced the stretch goals, which include a sequel to 24 the Hour Modest Medusa book (called 48 Hour Modest Medusa). If you haven’t checked out the project yet, please do! I’d really appreciate your support! 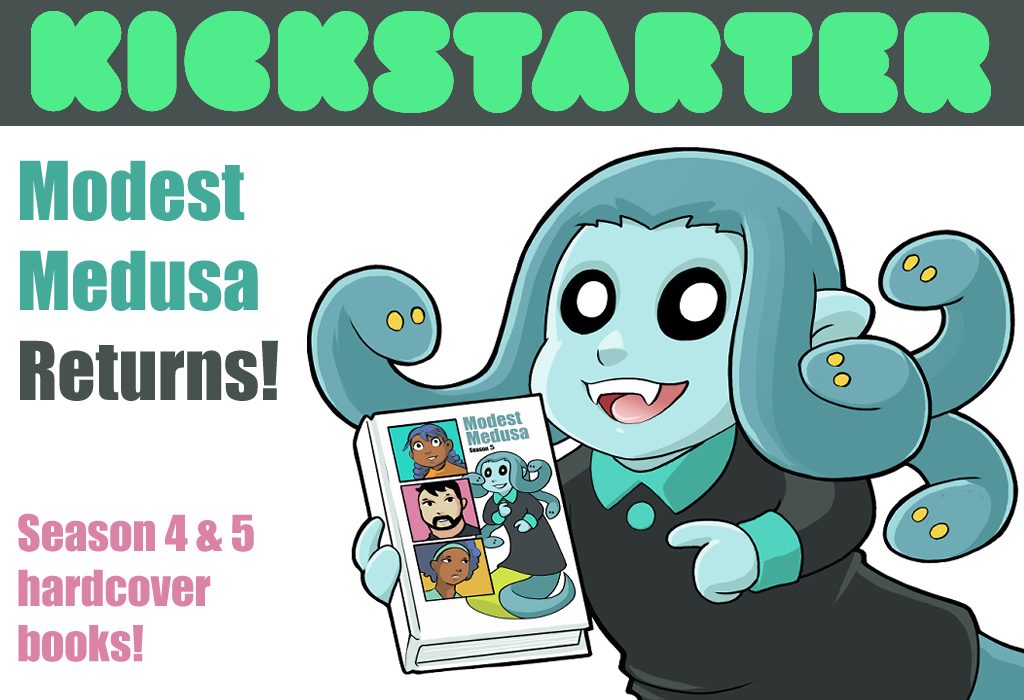